Darlene Johnson moved to Waukesha County and settled in the Village of Mukwonago in 2004 with her husband Ken and their three daughters, Katie, Kristy and Kimberly.  While raising their children, Darlene became involved in the community, volunteering with her church, St. James Parish and in the libraries of her daughters’ public schools.

While as a member of a newly created neighborhood block watch group, she was encouraged to run for public office as a Mukwonago Village Trustee in 2008.  After her election, Darlene was assigned to a number of committees that she proudly served on and had a positive impact on the citizens of Mukwonago, the employees that work there, and the surrounding communities at large.

Upon learning that the Waukesha County Supervisor for the 25th District was not seeking re-election in late 2015, Darlene decided that she would run for this office concurrently while seeking re-election for her village trustee position.  As a result of two contested elections, she won both offices in the April 2016 Spring Elections and was re-elected in April 2018 as your 25th District County Supervisor.

Darlene works tirelessly for her constituents representing their concerns in both governing bodies. Her time in political office has not gone unnoticed by others.  In the fall of 2016, Darlene was nominated for nationwide recognition with the “Elected Women of Excellence Award.”

Johnson was involved in planning Mukwonago's National Night Out on August 1, 2017 in Field Park, with Fire Personnel and Law enforcement, HAWS, kid's games, and more. 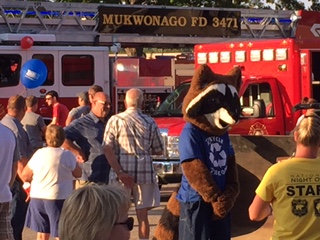 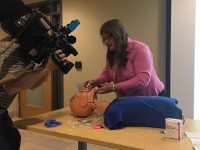 Johnson took part in the training demonstration of the administration of Naloxone (Narcan), an opiate reversal agent.  This is the start of a four-tiered work plan to combat opiate overdose deaths in Wisconsin. 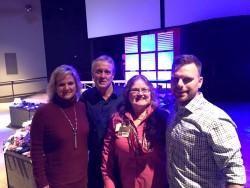