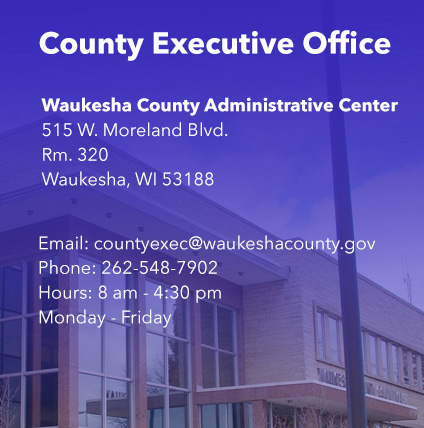 Throughout his public service career, Paul Farrow has focused on building partnerships in order to grow businesses, bolster existing workforce development infrastructure, and reduce the tax burden on residents. As County Executive, his goal is to make Waukesha County a regional leader in job growth, business expansion and capital investment.

About the Office of County Executive