For the latest information about COVID-19, please click here

Phantom of the Universe

Join us on a journey of discovery, following the efforts of scientists around the world as they try to unlock the mystery of Dark Matter. Starting with its creation during the Big Bang, the role of dark matter in the formation of galaxies and thus ourselves is explored, highlighting its discovery from its effects on the motions of stars and galaxies. The visitor is then brought back thousands of feet below the Earth’s surface where teams of scientists are building extremely sensitive experiments to detect the very rare direct interactions of dark matter particles with normal matter. Finally, the visitor is taken on a whirlwind tour of the gigantic CERN laboratory where beams of protons are hurled together in head on collisions in an attempt to create new dark matter particles for study. 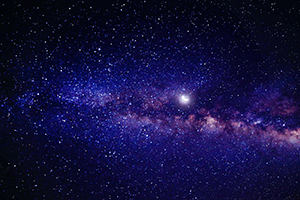