Ted attended Marquette University for his BA. He received his Master’s degree from UW Whitewater in Education and went on to become Associate Dean at Waukesha County Technical College. While serving in the position for 17 years, he also served as Mayor of the City of New Berlin from 2001 to 2005 and Alderman 1984 to 1987, 1996 to 2001 and 2008 to 2011.

Did you know the City of New Berlin has a very active social media network within their various departments that provides the latest information about your District?

Check them out and follow some of the happenings in your community today! 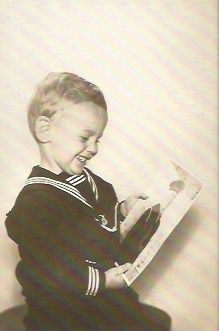 Wysocki as a child, looking at a photo of his father who was serving overseas in WWII