Duane was born in Mauston, Wisconsin, and moved to Waukesha County in 1956. He attended Catholic Memorial High School and received a Bachelor Degree in Business Administration.

Duane served in the US army for 3 years, stationed in Korea and Germany.  He became a firefighter for the Waukesha Fire Department.  He was also a mechanic in his spare time for a racecar team for a number of years.

He initially ran for County Board Supervisor in 1998 because the former supervisor in his district, Ed Schultz, was not running for re-election and recruited Duane to run for the position. 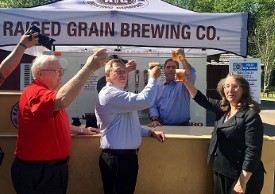 Duane at the Pop Up Beer Garden

Duane volunteering at an ADRC Senior Dining Center.
To find a location near you and discover their many, many resources, click here:

Get to know the Waukesha Fire Department

Find out about current job openings, get a virtual tour of the fire station, find out about the variety of services the Department provides, and so much more! 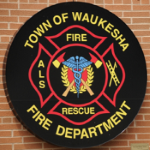