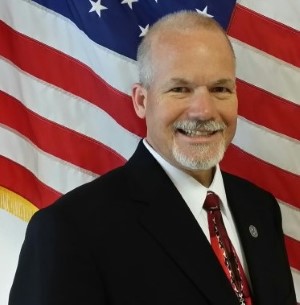 Michael is serving his third term as County Board Supervisor. He has worked for several private sector companies, including Midland Plastics, Inc. in New Berlin for over 23 years, serving as the Vice President of Technical Services.

Michael was appointed by the governor to serve on the Southeastern Wisconsin Regional Planning Commission (SEWRPC). He was elected to the position of Vice Chairman of SEWRPC, and also currently serves as Chairman of the Intergovernmental & Public Relations Committee and serves on the Planning & Research, Administrative and Executive Committees .

In the past, Michael has served as President of the Board of Directors of Juvenile Diabetes Research Foundation (JDRF) International and been on the committee for JDRF Walk to Cure Diabetes. One accomplishment during that time included proposing a 100 Mile Ride to Cure Diabetes in La Crosse, which continues to raise over $1 million each year. Wisconsin Governor Walker issued the Proclamation "Mike Crowley-Ride to Cure Diabetes Day" throughout Wisconsin on August 13, 2011. In addition, he served as State Leader of Government Relations of JDRF, a position appointed by the organization’s Vice President of Government Relations. Michael not only proposed the program, but has conquered many 100+ mile Rides to Cure Diabetes, including Death Valley in 2002, 2005, 2007, 2010, 2012, and 2014; La Crosse in 2010-2017; Tucson in 2013 and 2015; and Nashville in 2015. Michael also conquered the 150 mile Leukemia & Lymphoma Society Ride 2014-2016.

Michael graduated from the Citizens Police Academy of the City of Waukesha Police Department and served as Treasurer of the Waukesha Citizens Police Academy Alumni Association. The Mayor appointed him as Plan Commissioner for the City of Waukesha, serving two terms, and as Vice Chairman of the Waukesha County Solid Waste Management Board. Michael was also President of the New Berlin Economic Development Corporation for over 5 years.

For fun, Michael likes to bicycle, camp, read and travel.

Michael on the JDRF Death Valley Ride to Cure Diabetes of which he completed six times. Do you love to bike ride? Check out the County’s linear trail system here: 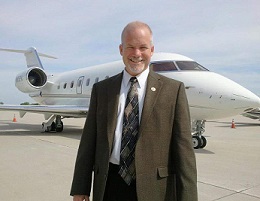 Michael pictured at the County Airport 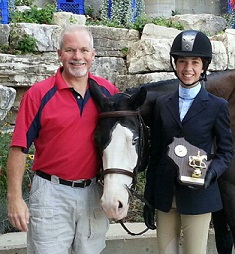 Michael and his daughter Marissa with their horse, Ellie (top) ; The Crowley family- Michael, Andy, Marissa, and Sherie (bottom) 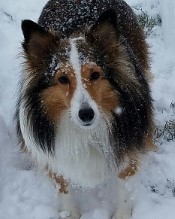 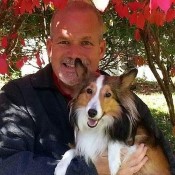 This is the amazing Roxie! Are you looking to welcome a pet into your family? Adopt through the Humane Animal Welfare Society of Waukesha County. Or check out all their valuable resources about owning a pet!