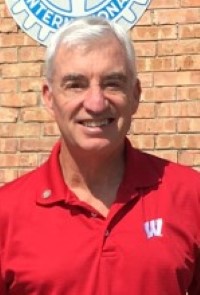 Paul Louis Decker was born in Port Washington as the oldest of five in a working class family. He received his Bachelor of Science degree from the University of Wisconsin-Whitewater, did continuing educations for many years and completed his Master of Science in Management at Cardinal Stritch University in 2006.

Paul started his business career with Xerox in Chicago and learned much about the value of treating people with dignity.  During his career, he has worked extensively throughout North America, Europe and Asia. He had the good fortune to work for companies that allowed him to learn, advance and become a successful executive known for his vision, leadership qualities, and enthusiasm to learn.

20 years ago, Paul’s life took an abrupt turn when a large tumor was found in his right lung that was confirmed to be cancerous, which was a complete surprise since he had never smoked. It was considered late stage and had moved to his lymph nodes. Statistics and doctors indicated a very low chance of survival past 5 years.

Once through the arduous recovery from extensive chemotherapy and radiation treatment, Paul built a new life and business career. He helped his community by serving on the Boards of Stillwaters and the American Cancer Society. As a member of Rotary International, serving as District Governor, he worked with community leaders in 60 clubs in Southeastern Wisconsin to build stronger local and international communities. He also served on the Planning Commission for the Village of Hartland.

As an Instructor in the Small Business Center at WCTC for over 15 years, Paul has fostered entrepreneurship and business growth, while being recognized in the College’s Hall of Fame. Recreationally he enjoys golfing, gardening, hiking, cooking, wine collecting and spending time with his wife, Dr. Paula Decker, friends and family. 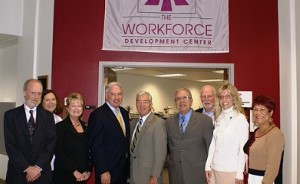 The Workforce Development Board provides career exploration resources for job seekers as well as employee development and workforce retention for business owners.  Check it out: 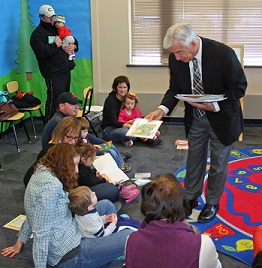 Decker taking part in 1000 Books Before Kindergarden.
Stay in the know about all the amazing programs offered by the Bridges Federated Library System!